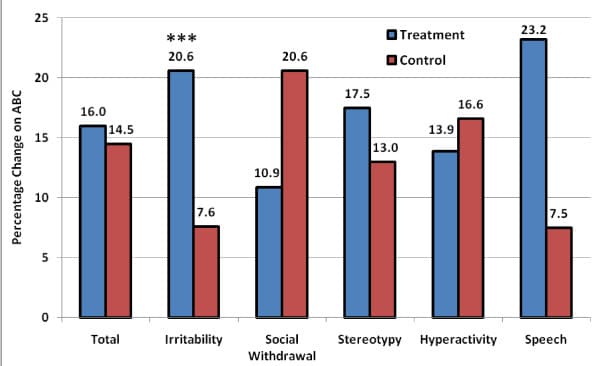 “It may help reverse, theoretically, some of the process that’s causing the autism.”

You might be familiar with hyperbaric oxygen treatment, in which a patient breathes in extra oxygen while inside a pressurized chamber, as a therapy for the bends and carbon monoxide poisoning. But while a small segment of families with autistic children believe it helps their kids, insurance generally doesn’t pay for it, and many doctors are skeptical that it does any good.

New research in today’s BMC Pediatrics may give the therapy more credibility as a treatment for autism. The randomized, double-blind controlled study of 62 children found that those who received 40 hours of treatment over a month were less irritable, more responsive when people spoke to them, made more eye contact and were more sociable than kids who didn’t receive it. They were also less sensitive to noise (some autistic children experience a kind of sensory overload from loud sounds and background noise). The most improvement was observed in kids older than five (the study included children ages two to seven) who had milder autism.

It’s not clear why the treatment helped, says study co-author Dan Rossignol, a family physician at the International Child Development Resource Center in Melbourne, Fla., which treats children with developmental disorders. But the pressure may reduce inflammation believed to restrict blood flow to regions of autistic children’s brains that control speech, or improve its ability to absorb oxygen, he tells ScientificAmerican.com.

“We’re not saying it’s a cure,” Rossignol said, “but … if you can improve understanding so a kid doesn’t run in front of a car, or improve sleep, that would be a benefit.”