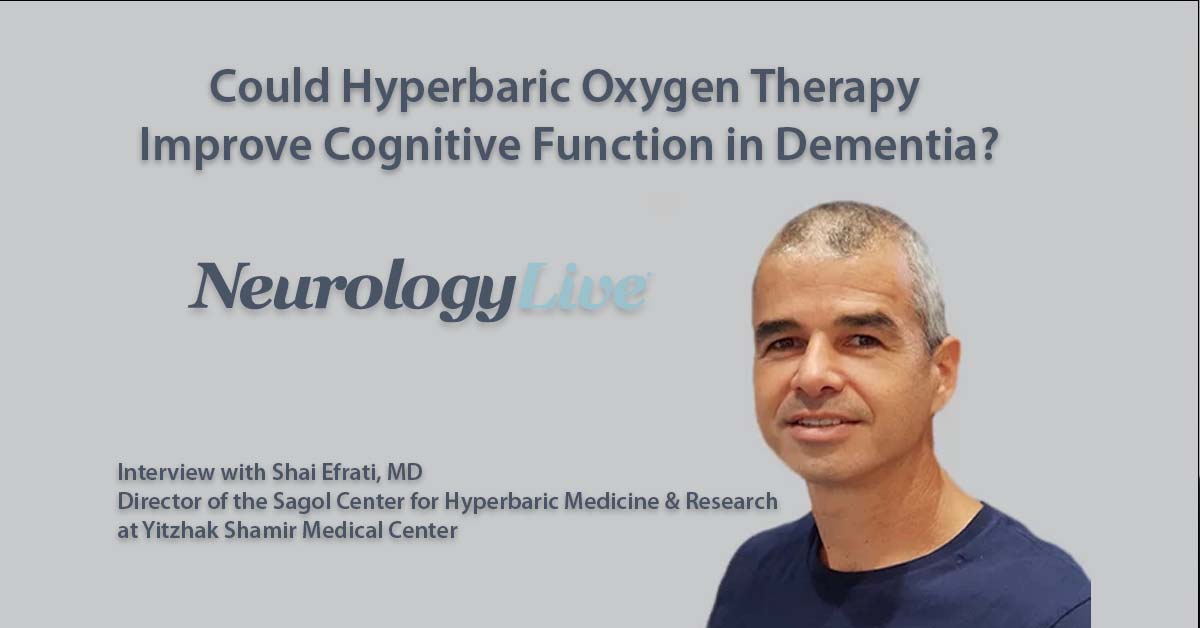 Neurology Live sits down with Shai Efrati, MD, the director of the Sagol Center for Hyperbaric Medicine and Research at Yitzhak Shamir Medical Center to discuss his research with hyperbaric oxygen therapy and explored the potential it may hold as a regenerative treatment.

Hyperbaric oxygen therapy, which has been approved by the FDA for many different indications, was only recently studied for cognitive challenges, with data suggesting that it may offer new hope for cognitive decline.

It has previously shown statistically significant improvements in all memory measures and indicate that it can lead to significant neurological improvements in post-stroke patients even at chronic late stages.1,2 Now, new data have implied that it may hold promise for those with diseases like Alzheimer and dementia. A randomized controlled clinical trial of 63 healthy older adults compared placebo to hyperbaric oxygen therapy for 3 months, showing that the oxygen therapy appeared to induce cognitive enhancements via mechanisms involving regional changes in cerebral blood flow, as evaluated by perfusion magnetic resonance imaging (MRI). A significant group-by-time interaction in global cognitive function was observed compared to control (P = .0017), with the most impressive improvements in attention (net effect size = 0.745) and information processing speed (net effect size = 0.788).3

The research was led by Shai Efrati, MD, director, Sagol Center for Hyperbaric Medicine and Research, Yitzhak Shamir Medical Center; and associate professor, Sackler Faculty of Medicine and Sagol School of Neuroscience, Tel Aviv University. To find out more about how the clinical study of this method of treatment got to this point, NeurologyLive inquired with Efrati.