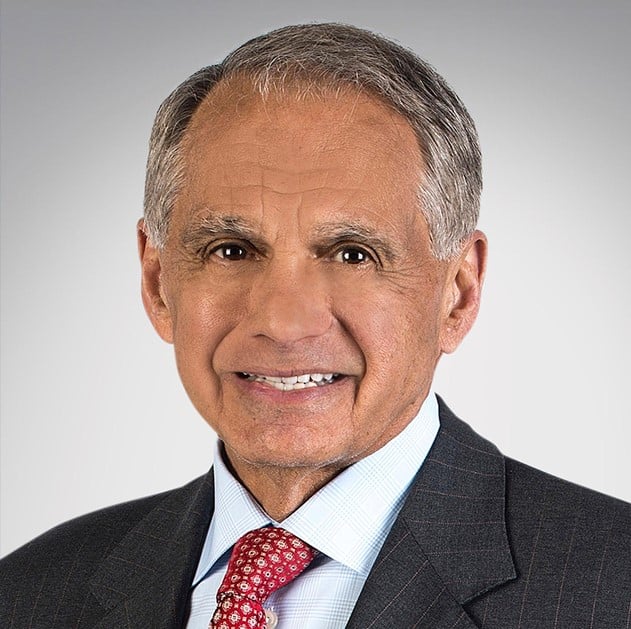 Steelers’ neurosurgeon Joseph C. Maroon, MD, was awarded the Arthur C. Rettig Award for Academic Excellence by NFL Physicians Society (NFLPS). Dr. Maroon was presented the award at the NFLPS scientific meeting during the 2022 NFL Scouting Combine in a presentation, “The Use of Hyperbaric Oxygen Therapy Treatment (HBOT) for Post-Concussion Syndrome, PTSD and Physical Performance Enhancement.”

The prestigious award is given annually to an NFL team physician for academic excellence in research in advancing the health and safety of players in the NFL.

“Dr. Maroon has been a longtime contributor to the NFL Physicians Society and has been a leader in the area of evaluation and management of concussions in football,” said Dr. Scott Rodeo, Chair of the NFLPS Scientific meeting and head team physician for the N.Y. Giants. “Dr. Maroon continues to evaluate innovative approaches to managing post concussive symptoms,”

Dr. Maroon, a team neurosurgeon for the Steelers since 1985 and now a consultant to the team, is a clinical professor and vice chairman of the Department of Neurological Surgery and Heindl Scholar in Neuroscience at the University of Pittsburgh Medical Center. He is the first neurosurgeon to receive this honor.

“I am so honored to be given this incredible award in Dr. Rettig’s name, who has made such important contributions to player health and safety and sports medicine throughout his career,” said Dr. Maroon. “Additionally, I am humbled to be recognized alongside a group of such impressive physicians who are truly giants in the field.”

The Arthur C. Rettig Award was established in 2013 to recognize an NFL team physician for excellence in academic research and advancing the health and safety of players in the NFL. Dr. Arthur Rettig was the head team physician for the Indianapolis Colts until he stepped down recently.

In addition to being a renowned neurosurgeon, Dr. Maroon is a sports medicine expert, health and nutrition expert and Ironman triathlete. He was inducted into the Lou Holtz Hall of Fame and the National Fitness Hall of Fame. Maroon is the author of six books, and co-author of 40 book chapters and over 300 published scientific papers. He has given more than 200 presentations at national and international conferences and is often invited as visiting professor and key-note speaker. He has served on the editorial boards of eight medical and neurological journals.

Dr. Maroon received the Humanitarian Award by the Jerome Bettis Foundation and is past-President of the Congress of Neurological Surgeons, the largest society of Neurosurgeons in the world.