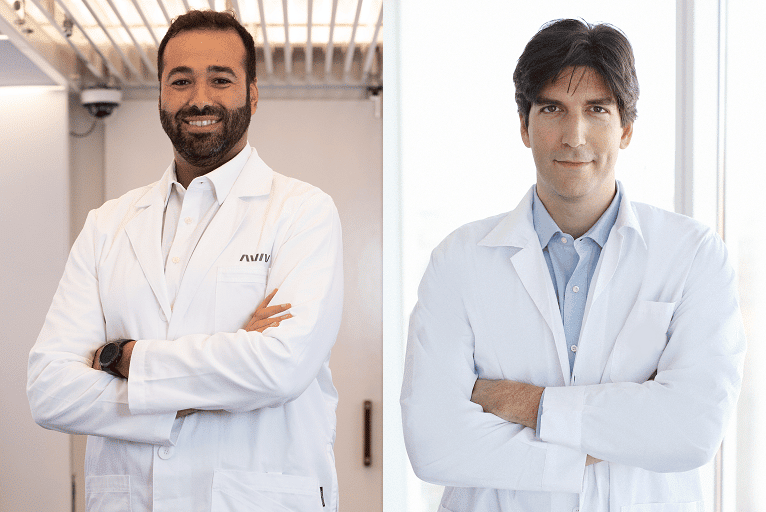 Every year, more than 800,000 people in the USA have a stroke. Stroke remains the second-leading cause of death and the third-leading cause of death and disability combined. Many advances have been made with regards to acute management of stroke but, unfortunately, nearly 75% of stroke victims suffer from chronic dysfunction and 15–30% of stroke survivors have a severe disability. Within the last decade, HBOT has been studied and utilised as a therapeutic modality for chronic stroke survivors.

HBOT utilises 100% oxygen in an environmental pressure higher than one absolute atmospheres (ATA) to enhance the amount of oxygen dissolved in the body’s tissues. In the chronic stroke stage, HBOT induces oxygenation, which improves energy metabolism in the border zones of focal cerebral ischaemia. Often, a stroke will cause cell death, but there tends to be an area surrounding the stroke that is collaterally injured, called the penumbra.

The penumbra is the target for healing and regeneration by HBOT. In addition, HBOT can decrease the post-ischaemic inflammatory response and restore mitochondrial function. Lastly, and most interestingly, providing a unique protocol with repeated intermittent hyperoxic exposures has been shown to induce physiological regenerative effects, which normally occur during hypoxia, including the creation and repair of neurons (neurogenesis), stem cell proliferation and generation of new blood vessels (angiogenesis). Angiogenesis is induced mainly in brain regions signalling ischaemia or metabolic dysfunction.

Clinically, the literature suggests evidence of significant improvement in both neurological and physiological deficits, quality of life, activities of daily life and cognitive function. As proven by Efrati et al in a randomised controlled trial, HBOT leads to significant neurological improvements in post-stroke patients, even at chronic late stages, following a two-month programme.1 Boussi-Gross et al analysed the data of more than 90 chronic stroke patients and demonstrated a significant memory improvement.2 Recently, Hadanny et al showed all cognitive domains are improved in 162 patients, regardless of stroke type or location.3 It was once thought that new nerve fibres could not be regenerated in the brain, but that is no longer true. Tal et al showed HBOT can improve both white and grey microstructures indicating regeneration of nerve fibres. These microstructural changes correlate with neurocognitive improvements.4

When assessing who may be a suitable candidate for the treatment, patients should undergo a comprehensive evaluation of their physical, emotional and cognitive deficits. Next, patients should have both brain metabolic imaging and anatomical imaging (diffusion tensor imaging [DTI]). Ideal patients for the treatment are those with considerable metabolic defects with a mismatch between function and anatomical findings i.e. salvageable tissue. The correlation between the deficits and the salvageable areas are evaluated to determine outcomes and suitability for HBOT.

Eligible patients go through a full programme that includes the unique intermittent exposures of two hours a day at pressure of 2.0 ATA while breathing 100% oxygen, five days a week, for a total of 60 treatments. When combined with other conventional treatments like physical, cognitive, and occupational therapies, a significant amplification can be achieved. At the end of the programme, the patient repeats physical, cognitive and imaging assessments to quantify objective changes and measure improvements on the Quality-of-Life Scale (QOLS).

Here, we detail a case study involving a patient referred to as ‘Mr Jones’. Mr Jones was treated at Aviv Clinics eight years after suffering an ischaemic stroke that caused left-side hemiparesis. He needed full assistance from his wife to stand and complete activities of daily living, and his main mode of mobilisation was a wheelchair. Mr Jones underwent a full assessment, including cognitive, physical and brain imaging—as is standard with the Aviv Clinics assessment. During this assessment period, Mr Jones walked 30 feet in one minute and 37 seconds (1.04 multiple errands test score [METS]). His desired treatment outcome was to regain independence and no longer be a burden on his wife.

Mr Jones underwent 12 weeks of HBOT treatments, composed of 60 sessions, as well as concomitant physical therapy, occupational therapy, neuropsychological training and coaching from a dietitian. Post-treatment assessment, his single-photon emission computed tomography (SPECT) scan showed 20% improvement in the metabolic function of the penumbra. His cognitive scores increased by one standard deviation in memory, executive function, and attention. His physical performance improved tremendously, increasing his ability to walk without assistance up to 86 feet in two minutes (>2 METS). He regained his independence, no longer needed his wheelchair, and he and his wife were elated with his improvements.

This is an exciting time for the treatment of chronic-stage stroke. The research is convincing and clinics around the world, like Aviv Clinics, are implementing this new HBOT protocol to help post-stroke patients achieve cognitive and physical improvements.

Today, the priority for the Aviv clinical team is to educate the post-stroke community on new treatment methods that can increase independence and regain physical and cognitive functions. Unfortunately, not all HBOT programmes are the same, and ensuring false claims with inferior methods is important. In the end, the results speak for themselves, and it will be a matter of when, not if, HBOT will be the standard of care for treating post-stroke patients.

Mohammed Elamir is an Aviv Clinics physician, based in The Villages, USA, with more than eight years of experience in internal medicine. He is also a fellow of the American Board of Internal Medicine.

Amir Hadanny is chief researcher and head of International Clinical Operations at Aviv Clinics. He is also a certified neurosurgeon, hyperbaric physician and chief medical research officer at the Sagol Center for Hyperbaric Medicine and Research in Be’er Ya’akov, Israel.