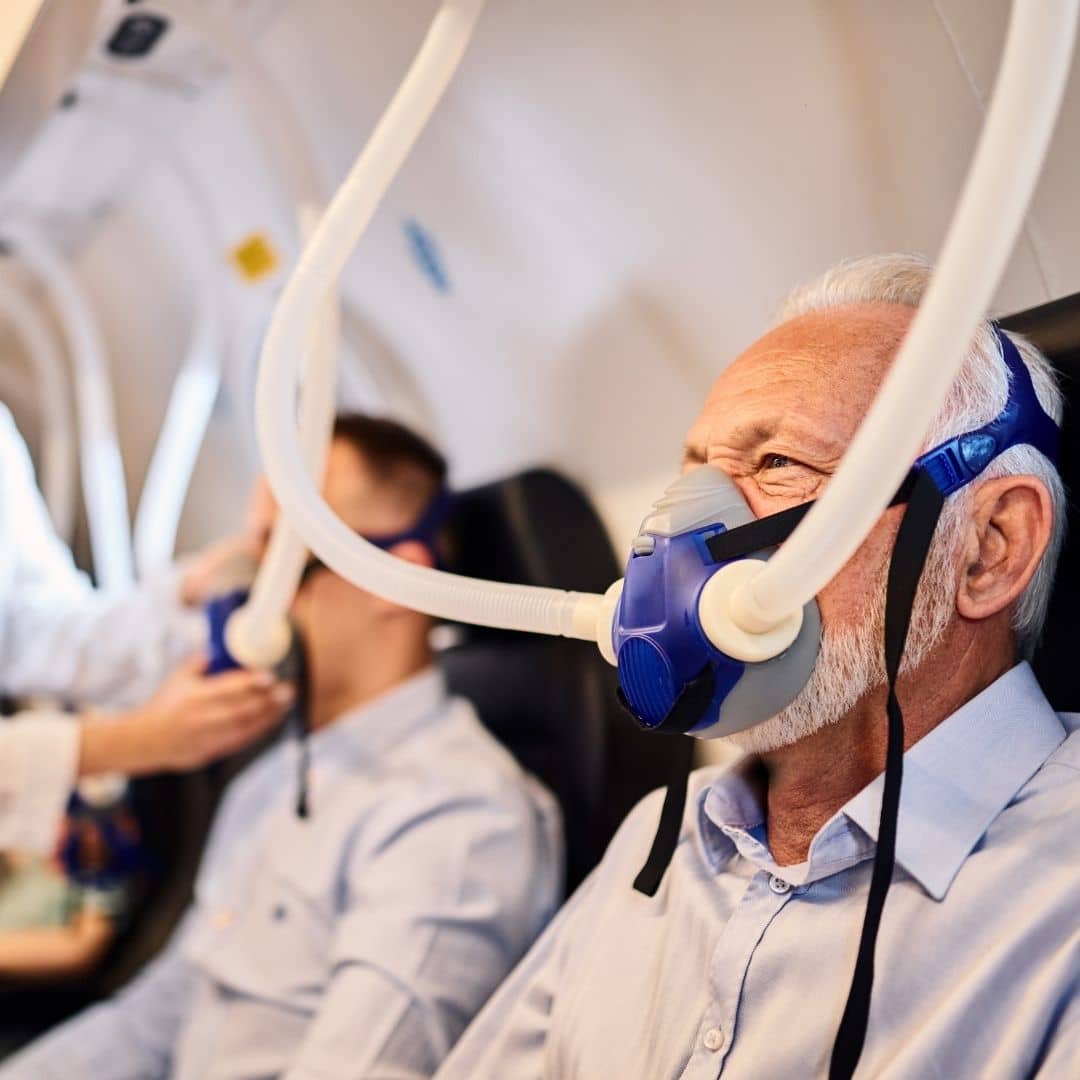 It’s been used to treat a number of illnesses over the years, and studies have now shown that Hyperbaric Oxygen therapy can have successful results for those suffering with the effects of long Covid.

Stephen Dickson, Pharmacist and Superintendent at Dickson Chemist said: “We have a lot of patients who have Multiple Sclerosis and they’ve historically been big fans of this treatment.

“Previously they’ve had to travel to the opposite ends of the country to use big diving chambers to use Hyperbaric Oxygen. It was the most requested treatment that our patient group was asking for.

“We have a large private healthcare service delivering alternative therapies and this was an obvious add-on for us and our existing patients.”

Who could benefit from Hyperbaric Oxygen

It’s not just patents with MS who have tried Hyperbaric Oxygen. Stephen added: “We’ve recently seen clients with Ovarian Cancer, Parkinson’s Disease, Fibromialgia, and a GP has recommended one of our patients who is in recovery from a stroke.”

Hyperbaric Oxygen has also recently been an alternative therapy for people who are presenting with long Covid symptoms. Long Covid is the term used to describe the effects of Covid-19 that carry on for weeks or even months beyond the initial illness. For many it can be absolutely debilitating as they can suffer from fatigue, breathlessness, difficulty sleeping, brain fog, anxiety and a persistent cough to name a few.

Stephen explained: “A number of patients who have presented with long Covid are self-reporting vast improvements in symptoms from Hyperbaric Oxygen sessions, and we’re looking at studying them more in the coming months.”

Although it may sound rather daunting, Hyperbaric Oxygen Therapy can be quite an enjoyable experience. “You lie in the chamber with a mask on which fits tightly on the face, and oxygen is produced from the atmosphere using a machine called an oxygen concentrator and you breathe in the oxygen through the mask,” explained Stephen.

It’s a little different than breathing in oxygen from the air, or from a standard oxygen mask.

Stephen continued, “The chamber supersaturates and forces oxygen into all the parts of your body that maybe aren’t getting it.”

If you have an hour to spare, you could benefit from the treatment as that’s how long sessions last, and it doesn’t take long to notice the benefits.

“We’re seeing people getting benefits from session one, but generally between five to seven sessions is where they’re reporting benefits,” added Stephen.