Hyperbaric oxygen therapy being explored as treatment for long COVID 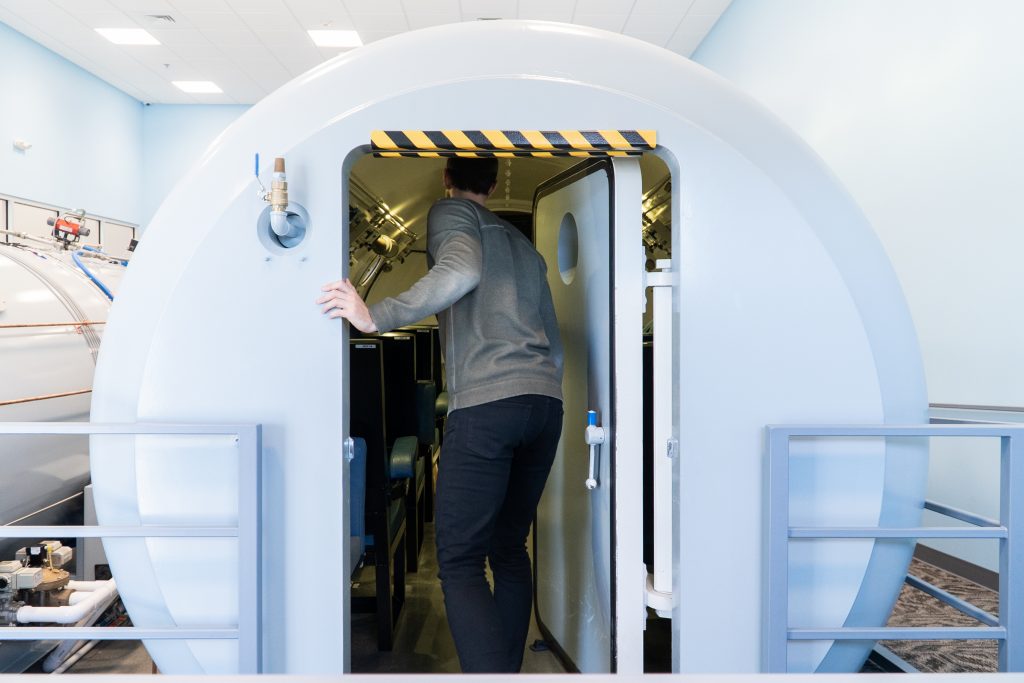 HILLSBOROUGH COUNTY, Fla. — According to Johns Hopkins Medicine, hyperbaric oxygen therapy has been used in the United States since the early 20th century. The U.S. Food and Drug Administration lists decompression sickness burns, and carbon monoxide poisoning among the conditions the agency has approved to be treated using HBOT. Now, some are saying it can offer relief to COVID long haulers.

Jennifer Lind of Riverview said she’s one of the success stories.

After recovering from COVID, Lind found herself among the half of survivors Penn State researchers say are left with long COVID symptoms. She said shortness off breath was her main issue. Even something as low impact as sweeping her front porch would leave her winded.

“I definitely feel a big difference. I would have, before, had to probably sweep a couple of times, and then have a seat,” Lind said.

According to Lind, that difference began at Undersea Oxygen Clinic in Tampa. Dr. Joseph Dituri is the clinic’s director. He said ten patients suffering from long COVID symptoms including headache, lethargy and brain fog have come to be treated in his clinic’s hyperbaric oxygen chambers. Dituri said each saw improvement in their symptoms, and so far, none have had to return.

“People are going to be dragging on and on, and we need to stop that,” Dituri said of long COVID.

Lind said that was one of her fears.

“It was terrifying because I felt like the rest of my life was going to be spent, you know, sitting things out and not being able to just do things that I enjoyed,” she said.

Dituri said when it comes to long COVID, the way the treatment improves shortness of breath is the only impact that’s quantifiable. Long COVID also isn’t one of the conditions approved for treatment with HBOT by the FDA. Dituri said that’s something he’d like to see change in the long term. He said HBOT has documented anti-inflammatory results that can help counteract the systemic inflammatory response produced by COVID. Cases like Lind’s are part of a small, retroactive study Dituri is conducting at Undersea.

The chair of neurology at the University of South Florida’s Morsani College of Medicine said proving the treatment could help with neurological conditions, like brain fog, may be difficult.

“There’s really no specific area of neurology in which hyperbaric oxygen therapy has been proven to this high scientific standard to work in any particular disorder,” said Dr. Clifton Gooch. “Now, I’m not saying it could never work for anything, we just need more evidence in the form of these randomized, controlled trials to see whether it’s going to work.”

Dituri also said more research is needed. Ultimately, he said he wants the work being done at Undersea to help change the state of the industry and how hyperbaric oxygen is used to treat conditions like long COVID.

According to the FDA, clinical trials are underway to study HBOT as a treatment for COVID-19.