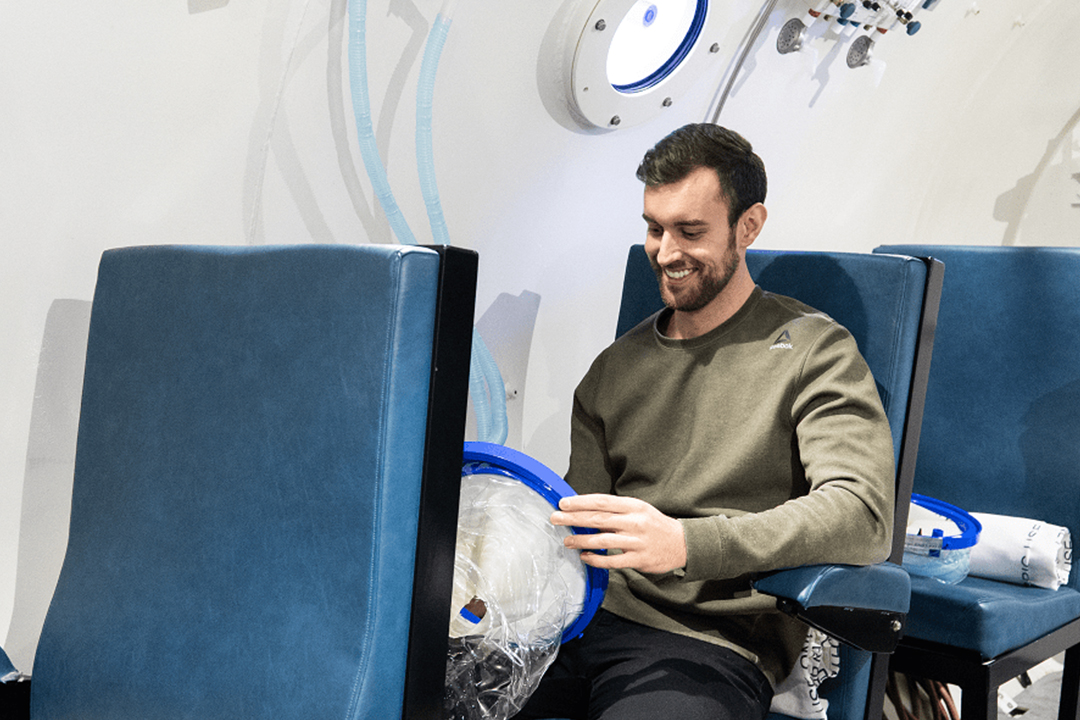 OXYGEN therapy can dramatically reduce post-traumatic stress disorder, according to a world-first Israeli study on Israel Defense Force veterans, during which half the subjects made such good progress they were no longer deemed to have PTSD.

The Tel Aviv University-led research, based on use of hyperbaric oxygen chambers by 18 IDF veterans with post-trauma, was published in the peer-reviewed journal PlosOne. Hyperbaric oxygen is not currently used for any significant PTSD treatments, and the scientists who conducted the study say it could open a new avenue to help people battling the disorder.

“We’ve started in this research to treat PTSD in a way that seeks to effect on actual physical changes in the brain,” Dr. Keren Doenyas-Barak, part of the team behind the study, told The Times of Israel.

The therapy is thought to work by increasing the plasticity of the brain, which enables wounds in the brain tissue to heal.

PTSD is triggered by experiencing an event so traumatic it cannot be fully processed, leaving parts of the brain in a state of hyper-arousal and harming its elasticity.

“Today we understand that treatment-resistant PTSD is caused by a biological wound in brain tissues, which obstructs attempts at psychological and psychiatric treatments,” said Prof. Shai Efrati, who led the research.

He said that the oxygen therapy “induces reactivation and proliferation of stem cells, as well as generation of new blood vessels and increased brain activity, ultimately restoring the functionality of the wounded tissues.”

Efrati’s research team has spent years exploring the potential of therapy in a pressurised — or hyperbaric — chamber, breathing pure oxygen for some of the time. He works at Tel Aviv University and directs the Sagol Center for Hyperbaric Medicine and Research at the Shamir Medical Center, and his team spans the institutions.

For the latest study 35 Israeli combat veterans were recruited, all of whom suffered from PTSD that was resistant to both psychiatric medications and psychotherapy.

They were divided into two groups. Veterans in both groups continued their regular psychological treatments, but one group of 18 veterans also had a course of 60 sessions in a hyperbaric chamber. They were conducted daily, five days a week.

The symptom-based assessment scores stayed broadly the same among the control group, while in the group that received oxygen treatment, symptoms reduced sharply, to the point that half of the participants were no longer deemed to have PTSD.

And according to Efrati, after time in the hyperbaric chamber, there is a rise in brain activity in the frontal lobes of the brain, a region that is responsible for emotional regulation and executive functions, and in the hippocampus, which is responsible for memories functions.

Efrati said the research could also help develop “objective” diagnostic tools for those suffering from PTSD.

“At present we are conducting continuing research in order to identify the biological fingerprint of PTSD, which can ultimately enable the development of innovative objective diagnostic tools,” he said.

Prof. Hermona Soreq, professor of Molecular Neuroscience at Hebrew University, who wasn’t involved in the research, told The Times of Israel she thinks the findings should be taken seriously. “This may be the beginning of new promise, which calls for special attention,” she said while stressing that the new release is “early research with a small sample.”

Soreq added: “PTSD is a growing concern in many societies, Israel included and it does cause long-term physical damage to the human brain, highlighting the need for new treatment modalities.”

Israel’s treatment of veterans with PTSD has come under the spotlight over the last year, after an IDF veteran who had long struggled to receive help from the Defense Ministry set himself on fire outside their offices in Petah Tikva.

The veteran, Itzik Saidyan, was diagnosed with post-traumatic stress disorder following his service in the 2014 Gaza war.

“Developing a novel therapeutic protocol is hence of utmost importance, especially if it offers long-term safety and a long-lasting significant impact,” Soreq added.