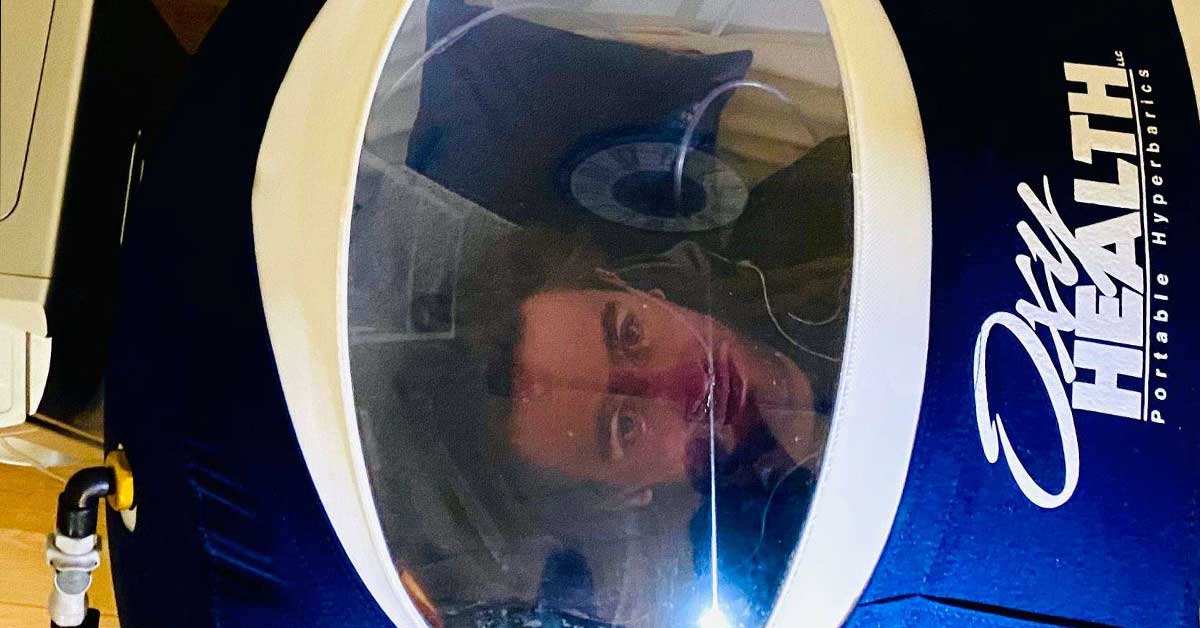 Living in the land of orthopedic surgeries, locals and visitors alike often find themselves looking for tools to aid in their recoveries.

Kacee Picot with cKaceeGo salon in Edwards recently invested in a hyperbaric chamber for her salon after realizing there was a demand for such device in the area. Within weeks, athletes from around the region started seeking her out in an effort to use hyperbaric oxygen therapy to aid their recovery.

“When the body is pressurized, the oxygen molecule gets smaller so it can go into tissue that’s damaged deeper,” Picot said.

Picot said her hyperbaric chamber is similar to going about 9 feet below sea level.

Alex Ferreira, a professional skier from Aspen who won a silver medal at the 2018 Olympics, visited the studio because he was feeling nervous about recovering from a recent back surgery he underwent. Ferreira said one session in the hyperbaric chamber at cKaceeGo salon had him feeling better.

“It definitely helped me relax,” Ferreira said. “I had been told that you need to use it consistently for a few weeks, so I’m planning on doing that as well, but in my very first experience I did feel better.”

John Spriggs, a professional skier from Summit County who starred in the 2019 ski film “The Book of Pow,” had his ACL replaced and meniscus repaired on March 29 after injuring his knee on March 15.

Spriggs has been receiving regular hyperbaric treatments at cKaceeGo salon, which he said have helped him get back in his boat as a fishing guide for the summer.

“Without the treatments I don’t know if I’d be doing it still,” Spriggs said. “I need to guide all summer if I’m going to ski again next winter, but in trying to recover from the injury and work, the hyperbaric treatments have helped accelerate the process to where it’s manageable.”

Picot says post-surgery patients are the main clientele she had in mind when investing in the hyperbaric chamber, but she’s also being sought out by people who are recovering from a traumatic brain injury.

Mike Scrivins was involved in a 27-vehicle pileup in Glenwood Canyon in 2017, where he suffered a traumatic brain injury.

“A semitruck jackknifed and covered the whole road, and I came around a bend and he was right there, and I slammed into him and was hit from behind numerous times,” he said. ”Going through other treatments that I had gone through, they had all mentioned hyperbaric treatments alongside cranial magnetic therapy.“

Scrivins said he was looking for a local hyperbaric option when he found cKaceeGo salon in Edwards this spring. He started treatments immediately and has seen neurological benefits from using the hyperbaric chamber.

“I can think clearer, I can focus longer, and my short-term memory is getting a little better,” he said.

Fascinated by the stories she’s hearing from clients like Scrivins, and the attention she’s receiving from athletes like Spriggs and Ferreira, Picot is now on a quest to develop more expertise into hyperbaric solutions for others.

Picot recently became a member of the International Hyperbarics Association and will attend a semi-annual conference in Orlando this summer.

“The topics are cancer, anti-aging, detoxification, Crohn’s disease and IBS, and Lyme disease,” she said.