Between 2000 and 2020, more than 430,000 US Service Members have experienced first lifetime Traumatic Brain Injury (TBI), not including service members who incur subsequent TBI’s(1). TBI’s are classified as mild, moderate, severe, or penetrating. They can occur from a sudden blow or jolt to the head from an impact, blast exposure, and even whiplash. Studies suggest that service members and veterans who have sustained a TBI may still have ongoing symptoms of post-concussive syndrome that go untreated. TBI of any severity can cause symptoms across multiple functional domains, including physical, cognitive, and psychological.

In addition, among veterans with positive TBI screens, 80% indicate comorbid psychiatric diagnosis and up to half meet criteria for Post-Traumatic Stress Disorder (PTSD)(2). From the Vietnam war to Operation Enduring Freedom, Veterans suffering from PTSD has increased from 15% to 20%. PTSD is a complex psychiatric condition that develops in certain individuals after experiencing a major traumatic event(14). Behavioral symptoms of PTSD include re-experiencing the trauma, avoidance behavior, mood alternation, and hyperarousal(15).

The negative impact that such symptoms and risks can make on one’s quality of life makes it clear that veterans with PTSD and TBI’s require safe, effective treatment options. Unfortunately, less than half of patients receiving traditional psychosocial treatments gain clinically meaningful improvements, and many continue to have residual symptoms(22-23). Thankfully, there is compelling evidence to suggest that Hyperbaric Oxygen Therapy (HBOT) may significantly reduce the negative symptoms experienced by TBI patients and PTSD patients, even years after the incident.

At Extivita, we’re dedicated to making the treatment of TBIs and PTSD affordable and available to those who have served in the United States Military. In 2022, the State of North Carolina has generously set aside $150,000 to help US Veterans get Hyperbaric Oxygen Therapy.

With so many veterans needing this therapy, those funds will quickly dissipate. They served our country, help us serve them by donating a dive, multiple dives, or by sponsoring a veteran.

What is Hyperbaric Oxygen Therapy?

HBOT involves sitting in a hyperbaric chamber while breathing 100% medical grade oxygen through a mask or hood. The hyperbaric chamber gradually pressurizes to between 1.5 and 2.5 times the normal atmospheric pressure (referred to as 1.5 ATA and 2.5 ATA). This is equivalent to diving between 16 feet (1.5 ATA) and 50 feet (2.5 ATA) below water.

The majority of HBOT treatments at Extivita are at 2.0 ATA, which is equivalent to 33 feet below surface level. Because oxygen is considered a drug by the FDA, patients must obtain a prescription from a licensed healthcare professional for these therapeutic treatments. The specific pressure is also included in the prescription. Our in-clinic provider can write HBOT prescriptions following your in-person consultation.

How do I get started with HBOT (new patients)?

Before you come into the clinic, you will need to register as a patient in our patient portal. Here you will enter your medical history and primary reason/s for starting HBOT. After this, you will be able to schedule a consultation with Elena Schertz, FNP. You will be all set to begin treatment following your consultation!

How is HBOT administered?

All Extivita patients have their very own hood or mask through which 100% medical grade oxygen is administered. These will be provided after your consultation.

What type of HBOT chambers do we use?

What can I do while in the HBOT chamber?

Whether it’s reading, watching a movie, or sleeping, there is plenty to do during your HBOT session. We have a TV in our largest chamber that we play movies on during most treatment sessions. In our smaller chamber, we have tablets that you can use to watch TV, browse the internet, or play games on. You are also more than welcome to bring your own book to read during treatment!

Will I be by myself during my HBOT session?

There will be a trained Extivita supervisor with you in all HBOT sessions. While you may be the only patient in the chamber on some days, most sessions will have other patients in the chamber as well. For additional information on how we are keeping our patients safe during COVID-19, click here.

How long does an HBOT session last?

How many HBOT sessions are needed to improve PTSD and TBI Symptoms?

This depends on the condition that you are receiving treatment for, as well as how your body responds to HBOT. The antioxidant and anti-inflammatory effects of HBOT can typically be felt within the first few sessions. Benefits for acute injuries and soft-tissue damage can typically be seen 5-10 sessions in, while chronic injuries typically require 10-20 sessions. Many conditions require 20-40 HBOT sessions for full healing effects such as stem cell increase.

For TBI and PTSD patients, an initial HBOT regimen is typically 40 sessions. Symptom improvement is often experienced by patients between 10 and 20 sessions.

Are there any side-effects to HBOT?

HBOT is generally considered one of the safest therapies in use today. Any serious side effects can be prevented by pre-HBOT screening that all patients receive during their consultation. One side effect that is some people experience is mild ear pain while the chamber pressurizes. However, this can be reduced through proper sinus clearing and it typically goes away as you receive more treatments. 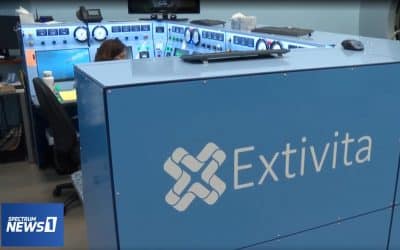 RALEIGH, N.C. — Post-traumatic stress disorder and the lack of care for it are two issues plaguing the veteran population. Now, there’s an option: hyperbaric oxygen therapy. The option became available after the state legislature designated funding for this purpose....

END_OF_DOCUMENT_TOKEN_TO_BE_REPLACED 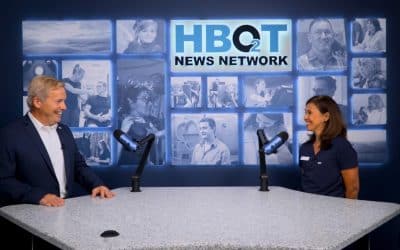 Elena Schertz, NP of Extivita-RTP in North Carolina, discusses how her clinic is actively healing the injured and sick with hyperbaric oxygen therapy (HBOT), including veterans, sports athletes and COVID long-haulers. She explains the proven benefits of HBOT – what it...

END_OF_DOCUMENT_TOKEN_TO_BE_REPLACED 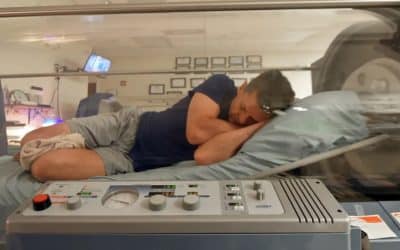 ‘A godsend’: The 22 Project helps veterans with traumatic brain injuries

Veteran Tim Hammer undergoes hyperbaric oxygen therapy as a part of The 22 Project, May 20 in Delray Beach. JIM RASSOL/THE LAKELAND LEDGERAnthony Scaife can finally sleep at night. A veteran who served in the United States Navy from 1986 to 1993, Scaife suffers from...